Epoxy resins, commonly known as polyepoxides, fall into the category of reactive prepolymers and polymers with an epoxide group.

Read more to know about the Epoxy Resin Production process and Manufacturing.

Epoxy resins are one of the most versatile compounds in the orthophthalic and polyester families, with a wide range of applications. Epoxy resins typically react with one other or with other co-reactants such as phenols, acids, alcohols, polyfunctional amines, and thiols. Epoxy resins are either pre-polymers with low molecular weight or polymers with a high molecular weight and at least two epoxide groups. The epoxide group also goes by the names oxirane and glycidyl. Petroleum is a major source of raw materials used in the industrial epoxy resin production process.

The majority of epoxy resins are made from a reaction between epichlorohydrin (ECH) and bisphenol-A (BPA), while additional raw ingredients (such as aliphatic glycols, phenol, and o-cresol novolacs) can be used to make specialty resins.

Epoxy resins are available in both liquid and solid forms. Both methods are very similar. ECH and BPA are first charged into a reactor. As the solution approaches boiling point, a solution of 20-40% caustic soda is added to the reaction vessel. The two phases are separated by adding an inert solvent such as methyl isobutyl ketonesulfurto after the unreacted ECH has evaporated (MIBK).

The resin is then rinsed with water before vacuum distillation is used to remove the solvent. Depending on the use, the producers will add certain additives to develop a formula that offers special features such as flexibility, viscosity, color, adhesiveness, and faster curing.

It is important to cure epoxy resins with a hardener to turn them into a hard, infusible, and rigid material. Epoxy resins can cure at temperatures ranging from 5 to 150 degrees Celsius, depending on the curing agent used. Epoxy resins are commonly cured with primary and secondary amines during epoxy resin production.

The paints and Epoxy Resin Production process business is one of the chemical process industries. Paints are a key component of coatings; they are made up of five different components: resin (binding), solvent, filler, pigments, and additives. Paint manufacturing, from a chemical engineering standpoint, necessitates a variety of unit processes, including mixing, milling, and filtration.

Mixers, grinders, and screen filters are among the industrial units used in these activities. Paints are made by adding binders, solvents, and thickeners to create a gel phase, the presence of which is a signal to begin adding fillers and pigment. During and after the manufacturing process, samples are sent to a laboratory for testing, which allows the manufacturer to be confident in the quality of his products. The main tests are density, viscosity, and hiding power, but other tests such as wash-ability and impact can also be performed during epoxy resin production.

Epoxy resins are adhesives that can be used to join two materials together and also serve as coatings. Epoxy resins are a type of polymer matrix made up of two epoxy groups. Epoxy resins, also known as polyepoxides, can be separated into low and high molecular weight polymers based on their molecular mass. Epoxy resins require raw ingredients that are derived from naphtha. Homopolymerization catalytic copolymerizes epoxy resin to a wide range of hardeners, resulting in a thermoplastic polymer with improved control and temperature tolerance, as well as good mechanical qualities.

Waterborne epoxy resins are environmentally benign since they emit no volatile organic compounds (VOCs). These resins are frequently employed in the coatings and adhesives industries as a result of their properties. As a result, the market is in high demand.

Synthetic resin is a chemical molecule made by mixing carbon, hydrogen, and a little amount of atomic number 8 atom, a sulfur atom, by a strong attraction. The molecular structure of this resin is classified into three geometric shapes based on the distinct combining types of carbon atoms in a molecule: line type, branched-chain type, and somatotype.

Synthetic resin is a polymeric structure, specifically a resin in its raw condition, that is mostly employed in plastics. Synthetic resins are man-made resins, usually fluid liquids that, by natural activity, transform into rigid polymers. Resins commonly incorporate reactive finish teams, such as acrylates or epoxides, in order to withstand curing. Some synthetic resins have qualities that are similar to those of natural plant resins, whereas others do not.

Synthetic resin, or resin, is a high molecular polymer that has been manufactured artificially. As a result, different varieties of plastic can be named after the synthetic resin from which they are created.

Synthetic resin is divided into two categories: polyaddition resin and polycondensate resin, based on the distinct synthetic methods used during synthesis.

Polymerized resin, also known as polyaddition resin, is created by breaking the unsaturated double bond of a monomeric substance with an initiator and recombining it in a covalent link, resulting in a massive polymer molecule. Polyethylene (PE), polyvinyl chloride (PVC), polystyrene (PS), polyvinyl acetate (PVAC), polypropylene (PP), polymethacrylic acid (PMMA), and acrylonitrile butadiene styrene (ABS) are some of the most used polyaddition resins manufactured from different epoxy resin manufacture process.

Polycondensate resin, also known as condensation resin, is created by joining two or three monomeric chemicals in functional groups, which are then heated or catalyzed to remove the tiny molecules. Phenolic resin (PF), urea-formaldehyde resin (UF), epoxy resin (EP), unsaturated polyester (UP), polyurethane resin (PU), and silicone resin are some of the most prevalent polycondensate resins (SI).

Epoxy resins were created to help specific products function better. The risk of leaking BPA into the environment is nearly non-existent when properly installed and maintained. It proved impossible to generate an accurate estimate of losses during service life in most epoxy applications, except for automotive coating. Proper epoxy resin production process and manufacturing processes make epoxy resin a very affordable material for various use. 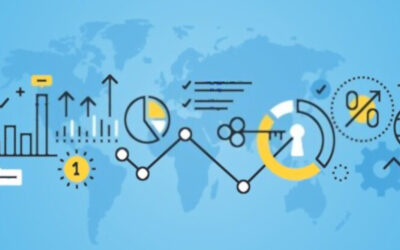 Epoxy materials are commonly employed in a variety of industries, including aerospace, automotive, transportation, electrical, food & beverage, and chemical. It is the most widely utilized thermosetting polymer in the aircraft industry. It's utilized in airplane...